Oh man, I was so hoping to get lots of pillows made and plants planted this week, and then I got knocked out by this ridiculous cold. No one wants a play-by-play of someone else’s minor illness, so suffice it to say that I was sick enough to stay home from work for two days, and even a week later I am a snot and cough machine. Blech.

Still, I couldn’t let the week pass without trying to make a few small improvements. I have lots of containers just begging to be filled with green, so I made a good start. I’ve had succulents in the past, and they seem to survive pretty well in our environment, which can be a little harsh. At least until they are subject to extreme neglect, which has happened before (i.e. oops, I forgot to water them for the whole winter, and left them out to freeze). So I’ve been collecting a few here and there. 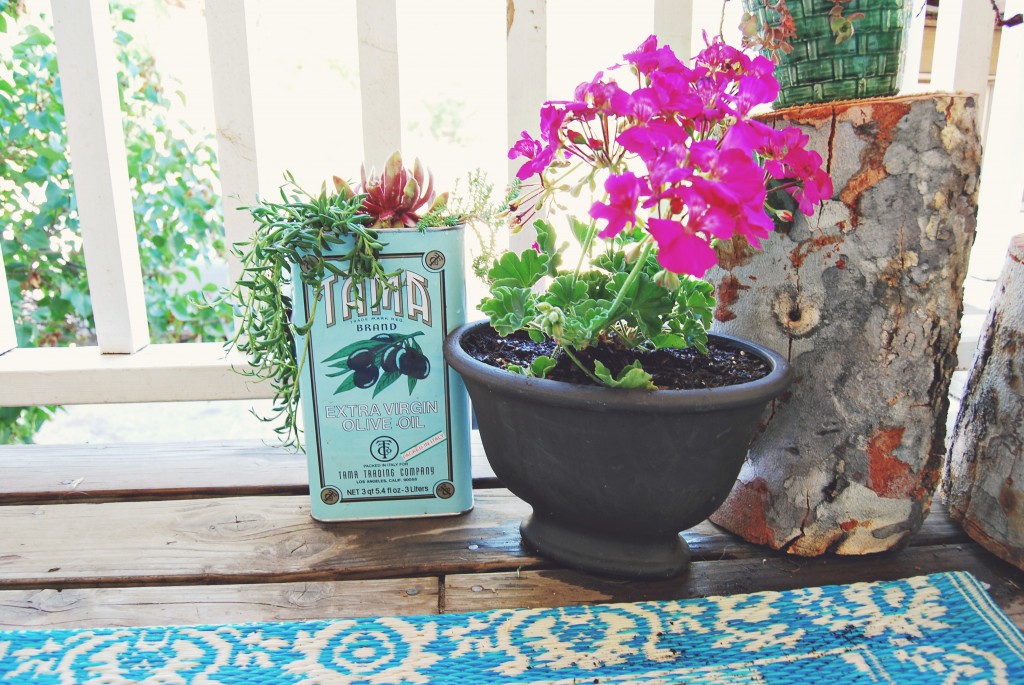 We buy olive oil by the can at a Middle Eastern/Eastern European/Russian market. I loved the color of this can, and it’s been sitting and waiting to be repurposed. So I filled it with some of the succulents.

I also discovered a nursery just up the road from us that sells all sorts of native and drought tolerant plants, so we are slowly adding some trees and shrubs to the yard, but it’s still too weedy to show off just yet. In the meantime, I picked up a couple of strawberry plants and this crazy bright geranium, which just had to go in this black pot I got on sale at Target a few months ago. I love the contrast of the flowers with the black. I have never been able to photograph bright reds and pinks, so this isn’t a perfect depiction of the color, but it’s a deep, deep fuchsia, with lots of blue undertones. 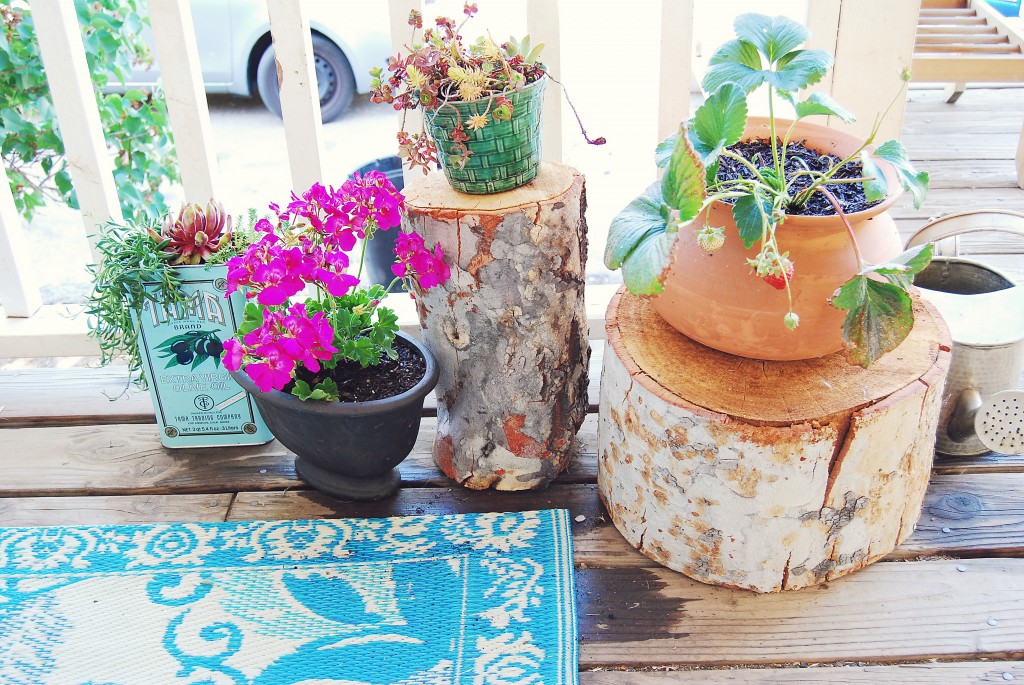 Another mix of succulents. 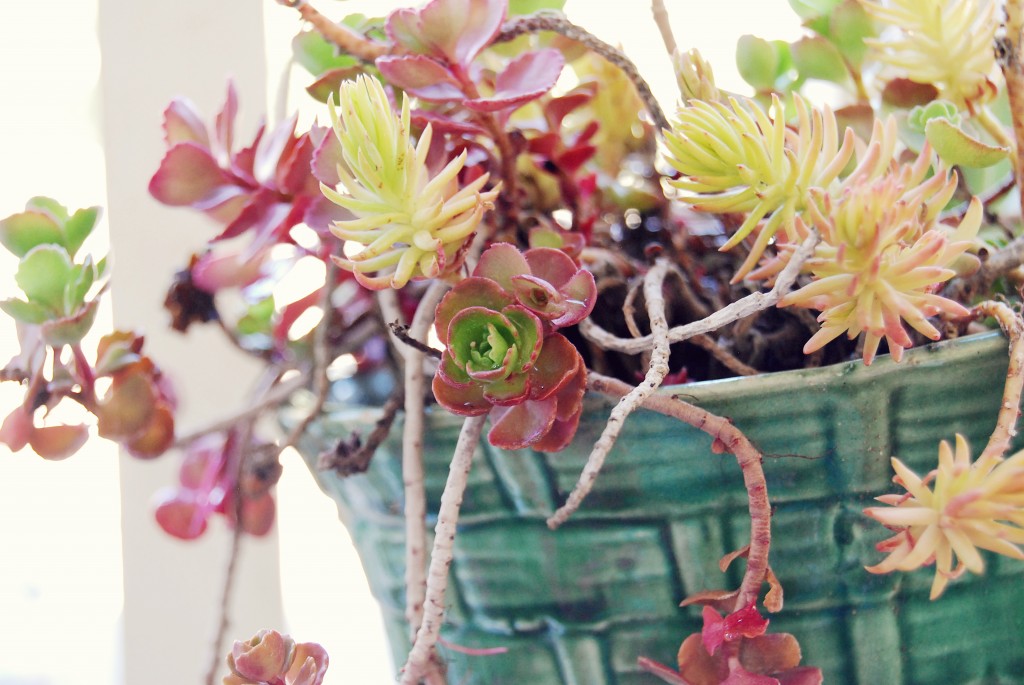 I filled up my old birdcage with lots and lots of different sorts. I’m not sure how well this is going to work in the long run, but so far everything seems happy enough. I stuck a few of the dangly (that’s a word, right?) varieties in from the outside, and I’m hoping more will make their way through the bars of the cage. 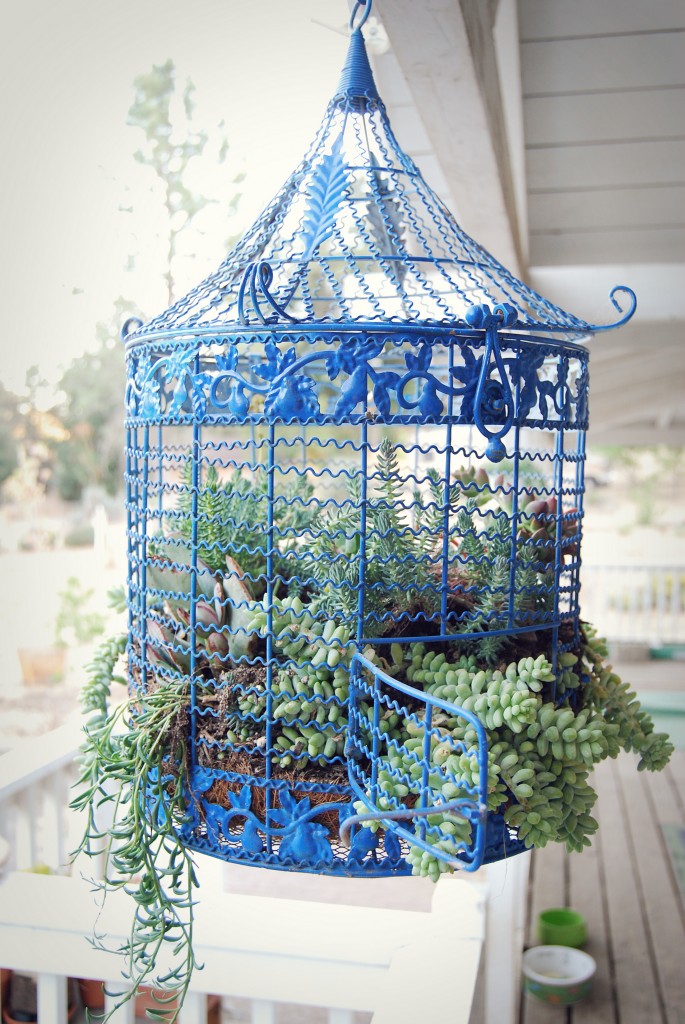 I finished up with three of these hanging pots along the front (from Ikea), I thought the green bean plant looked nice with the lacy edge. Maybe next I’ll learn the actual names of my plants. 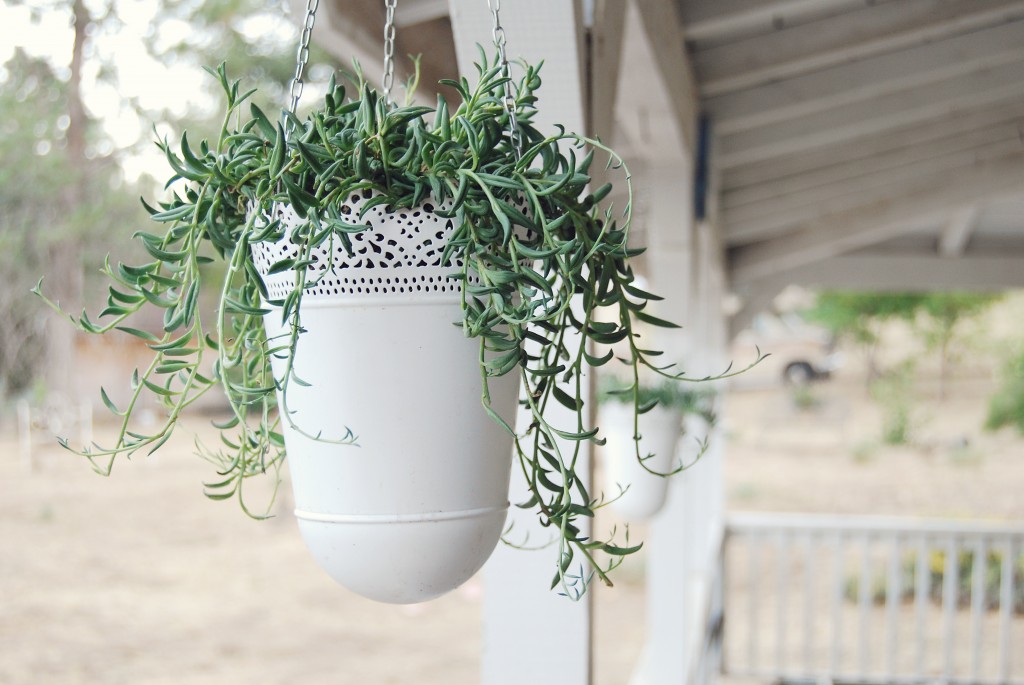 I’ve got some more pots to fill with herbs and maybe some more flowers. But now I need another nap. Pixel agrees. Or maybe he just wants some of my blueberries in that bowl. 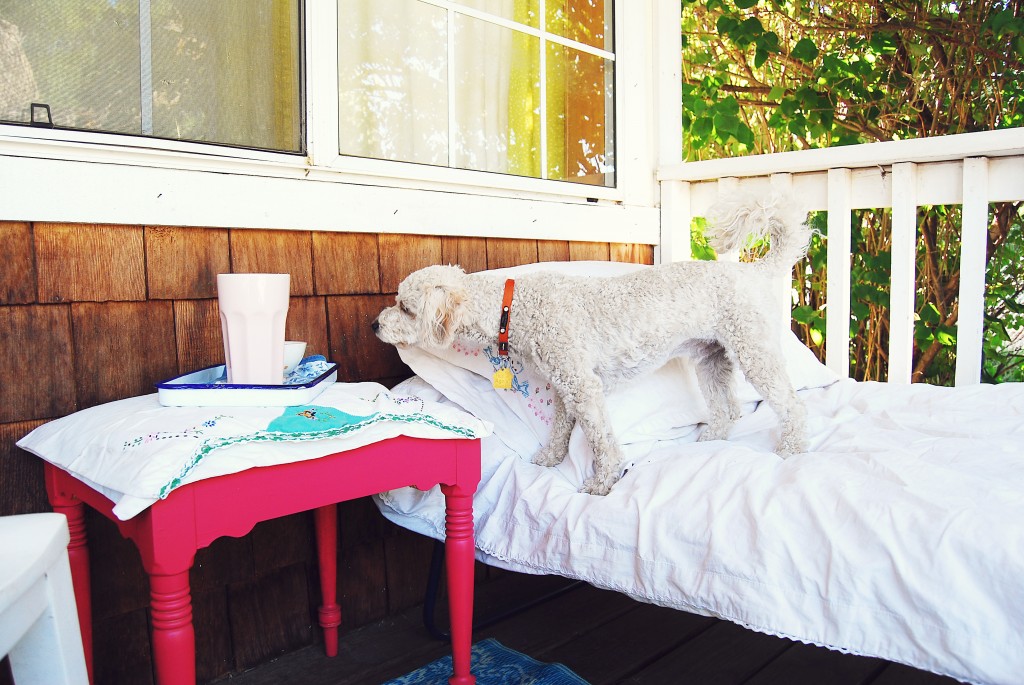