The last week of August I met up with most of my family in Northern Idaho. It was beautiful and I was so happy to spend time with my favorite people. I almost don’t want to share photos, because what if everyone realizes that Idaho is a really beautiful state and they all go there? 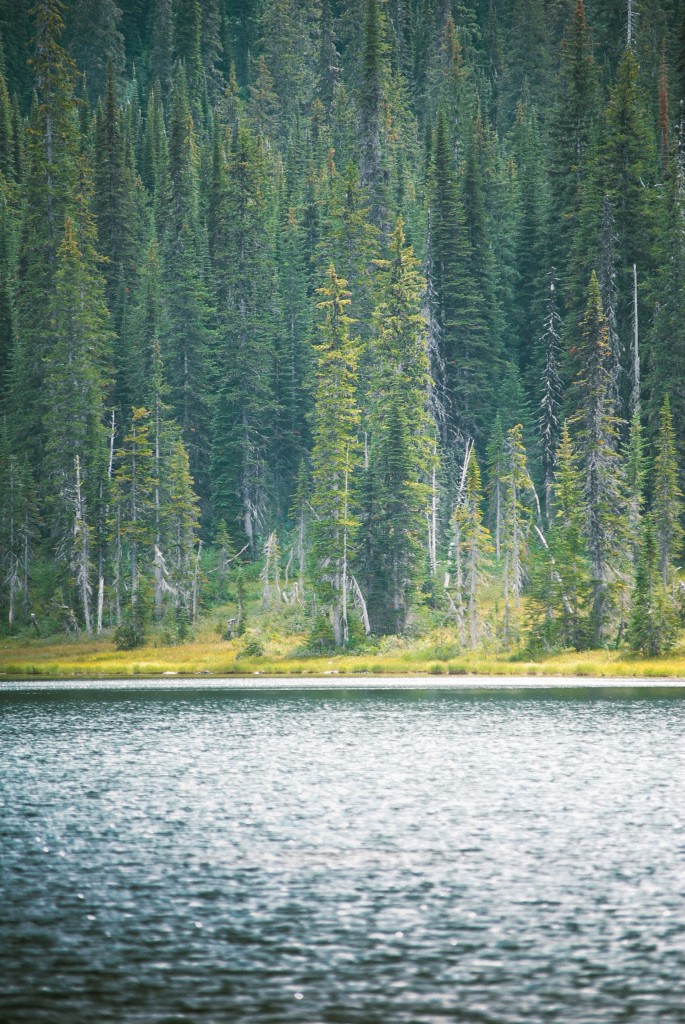 Because there were so many beautiful scenes to photograph, I am thinking about my photography skills lately. I think I need to take some classes to learn how to improve. I feel like I’m sort of stagnant. I’d like to find a style and some originality. 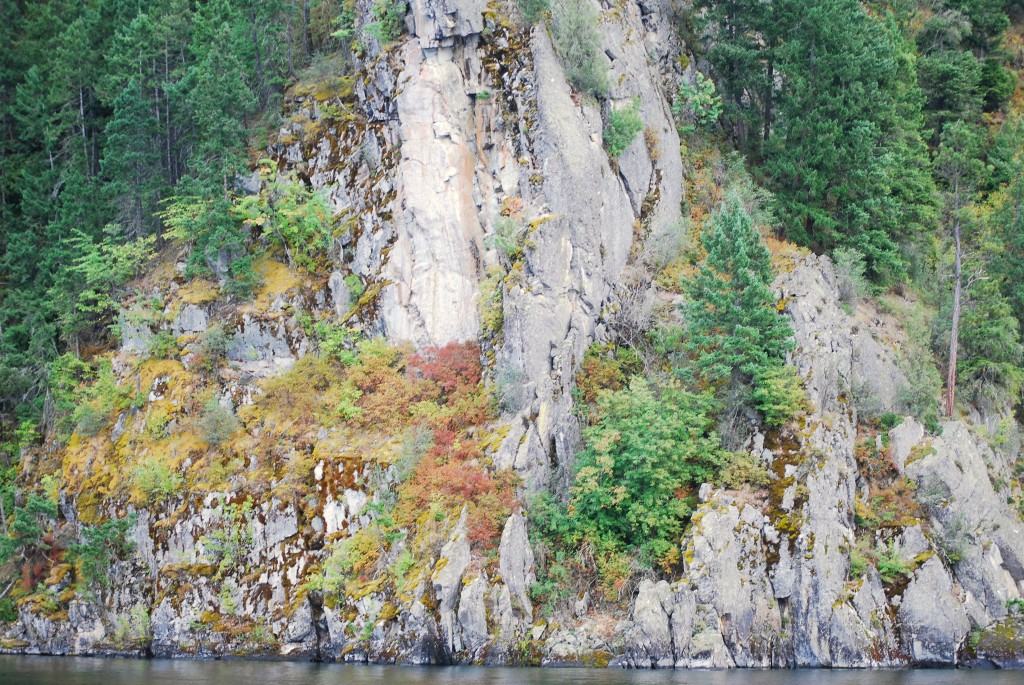 I’ve been playing with Lightroom, but I don’t really know what I’m doing. I’d love to find a group or class or something where we could critique photographs, and learn how to improve. 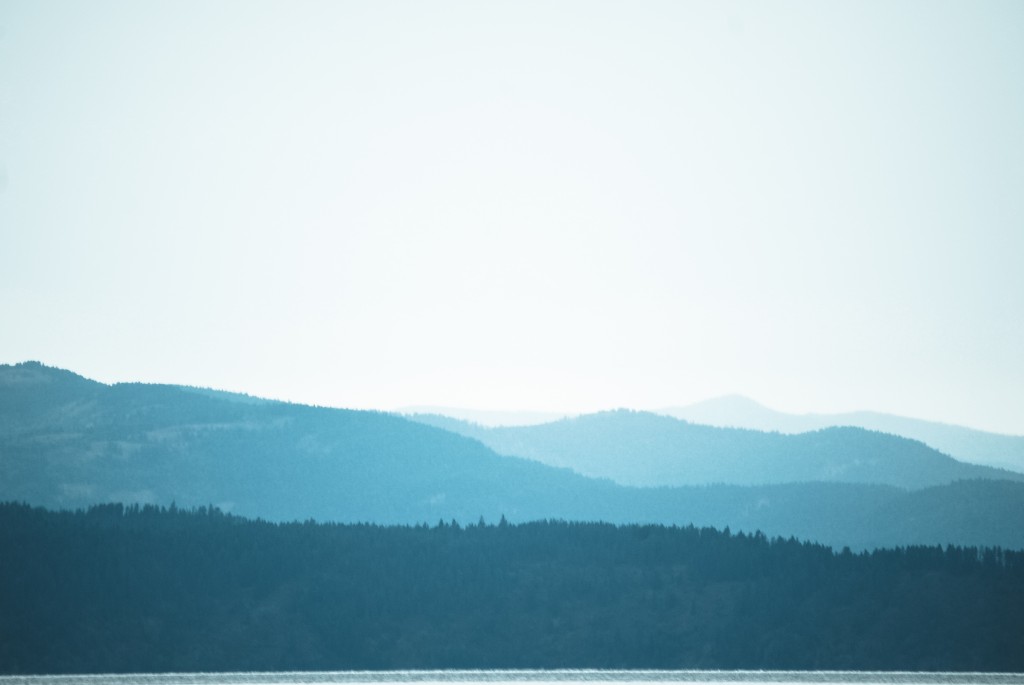 As per usual, I have a Pinterest board of photos that I admire. I think I need to articulate just what I like about each photo that I pin, and then see if I can incorporate that in my own photos. 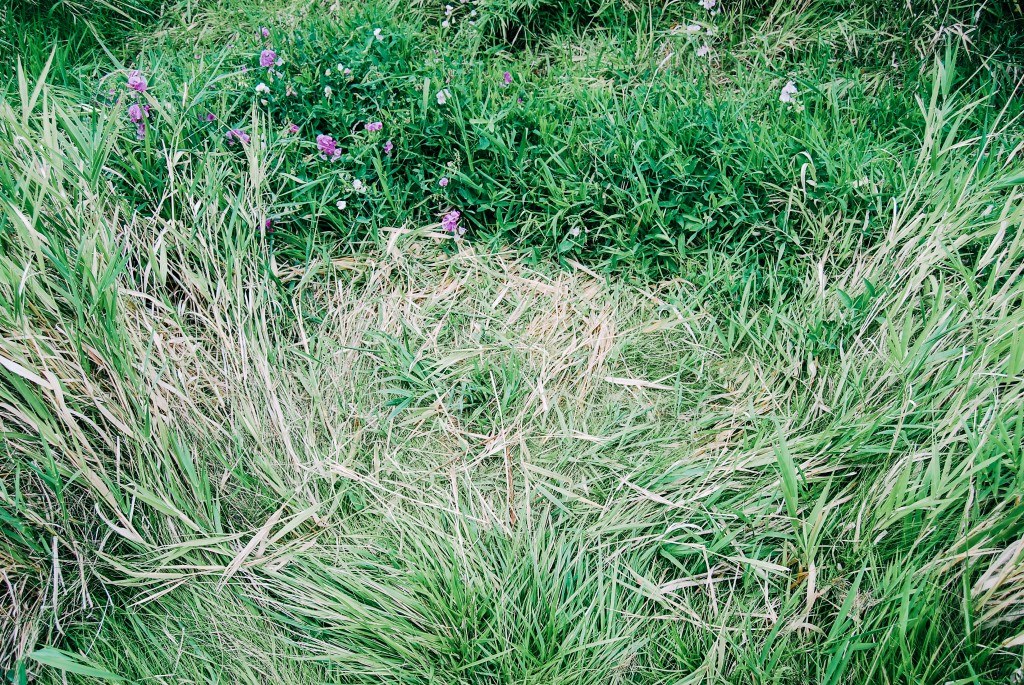 Here’s an example: the photo above was inspired by the series of deer beds by Katherine Wolkoff. I love that there is a story behind what otherwise just seems like a swirl of flattened grass. 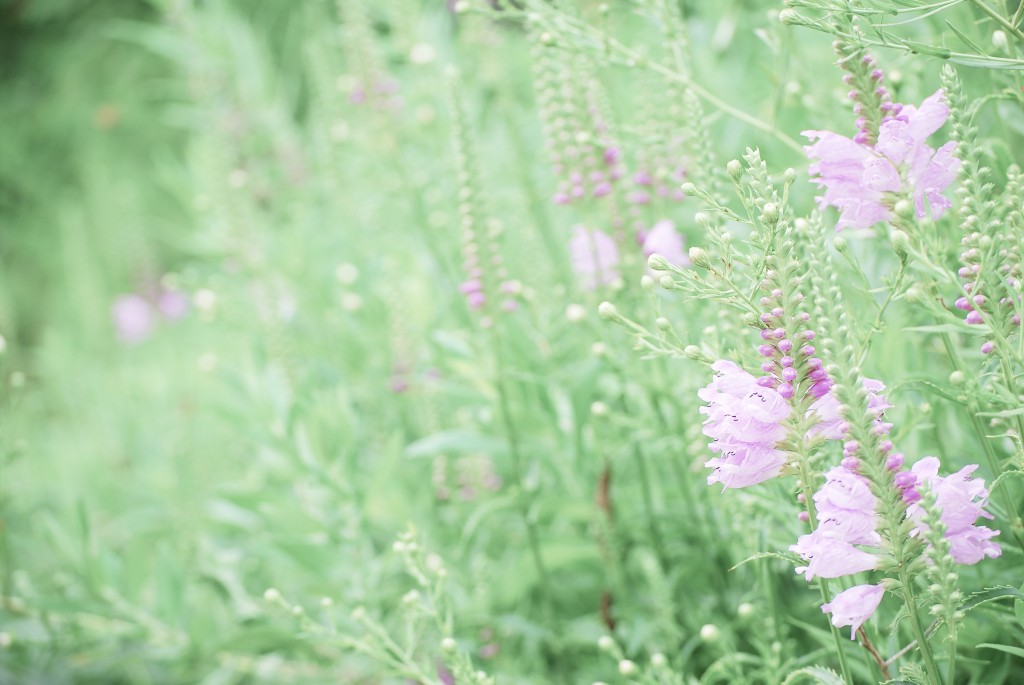 My sister sent me a link to photographer David duChemin, who publishes ebooks on photography. I downloaded a free one called Ten Ways to Improve your Craft. None of Them Involves Buying Gear, which is great for me because I’ve felt lately that I’m limited by my little entry-level Nikon and inexpensive lenses. Instead of lusting after a fancy new camera, I should be working on seeing with what I have. I know this, but it’s good to be reminded. I think one of my favorite pictures I took on the whole trip was this one, taken with my iPhone: 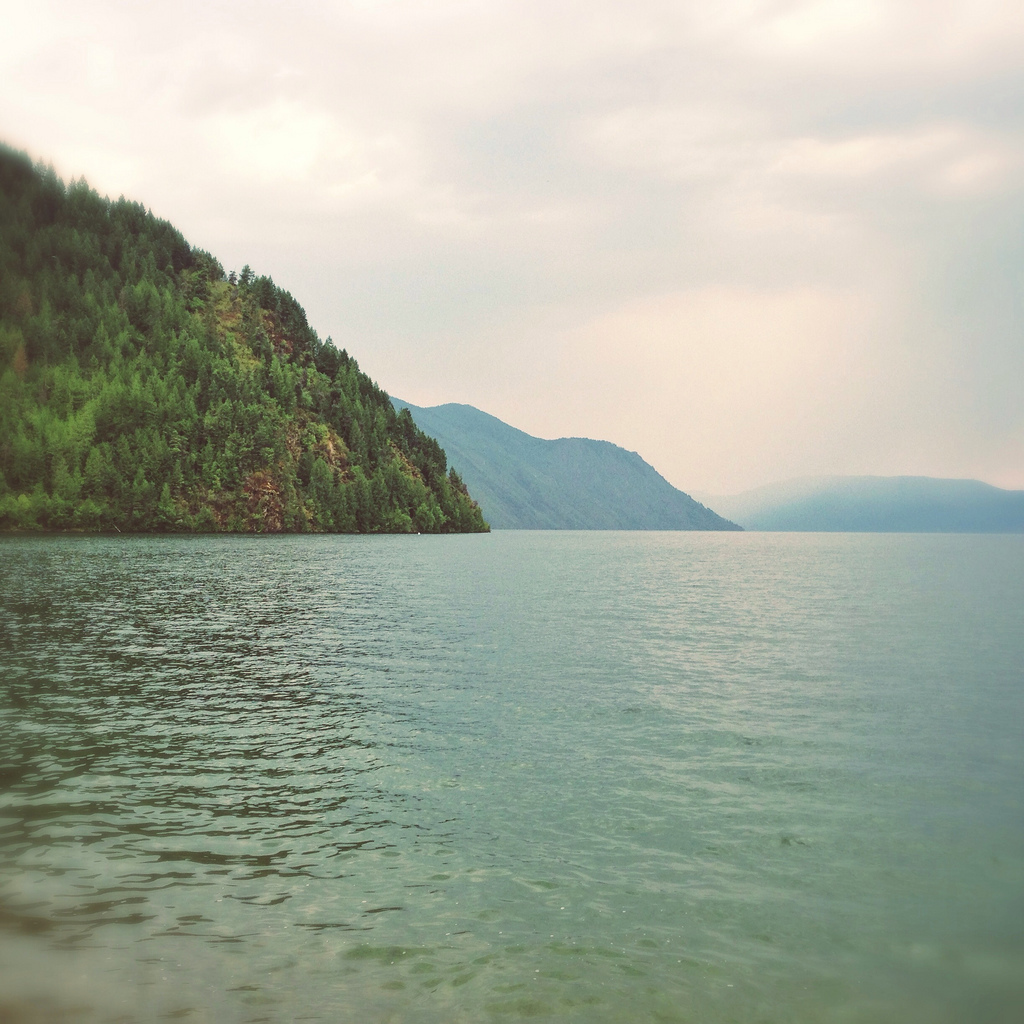 I liked it so much, I had a 12×12 fine art print made at Ink361 (mini-review: my print is beautiful, the paper is thick and has a subtle, but very nice texture. I’ll show you when I get it framed. I will definitely be using them again.). So this is where I need to figure out what is so appealing to me about this photo. I like the colors and moodiness and the luminescence of the water. I like that the trees a sharper but the fuzziness around the edges feels like I’m peering through a looking-glass. I think the horizon could be straighter, and the focus could be sharper.

Sorry for the navel-gazing post. I have more photos from my trip to edit and share, but I will save them for another day.

I've enjoyed the cold winter weather these past few months. Handknits and boots and sweaters are nice. But spring is my favorite time of year. I can't get enough of spring flowers, and I love the green hillsides, the buds on the lilacs and Easter and my birthday. The longer days boost my energy, and I want to soak up as much fresh air and sunshine as possible, despite spending eight of those sunny hours indoors at work five days a week.

I'm still loving the daffodils in our yard, and picked an enormous bunch today. With each new type that blooms, I declare a new favorite. Today I love the little apricot ones (center left). Of course I can't forget the tiny grape hyacinth and snow drops with their green-dotted bells. We don't have any ranunculas in our yard, but Trader Joe's was well-stocked the other day, so I brought these peach beauties home for just $4. What are your favorite spring flowers?

While in Spokane, I got to spend a fun day browsing antique shops and malls with my sister-in-law (her excellent finds are here). I showed you the elephant pitcher I couldn't resist as we were checking out of our last stop, but that's hardly all I brought home.

I also couldn't resist this tiny pink dress, not with it's $5 price tag (actually, the shop owner quoted me $6 and then lowered it as I got ready to pay). I've been wanting to start designing some knitwear patterns, and one of my first ideas is a sweet little baby cardigan. The details on this dress are providing all sorts of inspiration, and I am thinking I will document the design process here as I figure it all out. I hope you don't mind.

I love this round, smocked yoke: And the miniscule embroidered pocket: I have a couple things to finish up, but once my needles are free, I have the perfect pink yarn and a head full of ideas to turn into a sweater.

I'm also enjoying playing around with the video camera on my phone, and I so loved the lodgepole pines surrounding my brother's house in Spokane. I'm still figuring out all the editing, but I rather like this brief glimpse of the wind bending the trees.

Did you catch that brief glimpse of my nephew and his chip bag kite? I will have to tell you more about that, but in the meantime, here he is with his "smile for the camera" smile, curved lips just like a smiley face. He is the funnest 7-year-old I know, and I miss him already. a yarn and cupcake kind of day

No time for blogging, I’m visiting family in Spokane this week. I went to a nice little place called A Good Yarn yesterday. After you buy your yarn, they let you use their swift and winder. That was much more fun than doing it myself at home.

I am vacationing without my laptop, so I hope this post works from my phone! I like giraffes, don't you? Maybe it's because they are tall that I find them so appealing. I do not, however, have quite as long a neck. This is from my trip to the Boise Zoo last month. It's a nice little zoo, and I had fun getting photography tips from my brother as we walked around. It was like we had our own little photo safari.

I've been working on my jelly roll quilt. 126 triangles down, 78 more to go. I've started putting pieces up on my design wall and I think I'm going to love this quilt. I really like creating my own originals, sorting through fabric and finding just the right combination, but sometimes it's so nice to just let someone else do all the thinking work, and just enjoy the patchwork zone that I get into, cutting, sewing and pressing.

Winston is laying on his back, paws in the air, and just started wagging his tail for no apparent reason. He's such a happy dog, I can't help but smile when I'm around him. Yesterday morning I was loading the car with bags for Good Will. I left it open while I went back in the house to get ready for work. When I cam back out to leave, a good 20 minutes later, there he was, sitting in the driver's seat, ready to go! I was tempted to take him with me to work, but it wouldn't have been much fun for him to lay under my desk all day.

I don't even want to write this post, but I just have to do it anyway. It's going to start out bad, I'm just warning you. I'll try to end on a happier note, though, so I hope you stick with me.

Saturday I came home from visiting my family in Idaho. It was lovely, but earlier in the week Mr. HeyLucy called and said that something was wrong with Sally, she wasn't eating and was mostly just sitting on the nest she made to lay her eggs earlier this Spring. He was bringing her water and setting her in her little pool regularly, and she would drink, but wouldn't even eat apple slices-her very favorite food. This continued the rest of the time I was away. When Mr. HeyLucy met me at the airport he said she was in her pool when he left, and had even gotten in all on her own, so we were hoping that she was improving. Sadly, by the time we got home she was gone, we found her body still in her pool. I was glad that she was at least in one of her favorite spots, but so sad that I wasn't there for her at the end. We're not sure what was wrong, but it could have been one of several things: 1) I was gone, and she was really bonded to me, so she felt abandoned. She followed me all over when I was outside, and she didn't particularly like being held, but would let me pick her up any time I wanted. I really hope this wasn't why she stopped eating. 2) She and Bear had a rather rocky relationship. She would often pull on his tail, and he knew he wasn't supposed to hurt her, but sometimes he just couldn't take it and would pin her down between his front paws and really growl at her. He might have unintentionally hurt her internally. Or 3) She nibbled on something poisonous. I can't think of anything that she might have found, we don't keep any plant food or weed killer around, but who knows what could be out there, she wandered all over the whole yard.

As if this wasn't enough to spoil my homecoming, I went and checked my garden and found two little hens having the time of their lives out there. Apparently a four-foot fence is not enough to keep a couple determined chickens out of the garden. I suspected chickens were the mysterious diggers, but I hadn't ever seen them out there. I guess I should be glad that mystery is solved.

Of course, while I was there I had to check on the bees. I noticed that they had pushed another rubber band out the front door, but not all the way, so I thought I'd help them out, and pulled it out the rest of the way. Unfortunately, there were a few bees hanging on to the other end and they were not happy about being yanked out of the hive. A couple of them were mad enough to sting me, one on my calf, just below my knee, and the other, through my pants on the front of my thigh on the other leg. I got the stingers out right away, and went straight to the house where I took a Benedryl and crushed up some aspirin, making a paste with a little water to put on the sting sites. I read about these treatments on one of my beekeeping lists, and I have to say, they worked brilliantly! Of course the Benedryl put me to sleep, but the aspirin got rid of the pain within minutes, and I didn't have any swelling at all. Now there are just small red blotches and they itch about as much as a mosquito bite, but that's it!

How about some better news? Remember these little creations? I got to see them modeled on this pretty little girl. My brother had a portrait session with the new family, and I got to be the lighting assistant. I have more photos to share from my trip, but it was really nice, and a lot of fun, and I'm still recovering at the moment, so the pictures will have to wait a few more days.