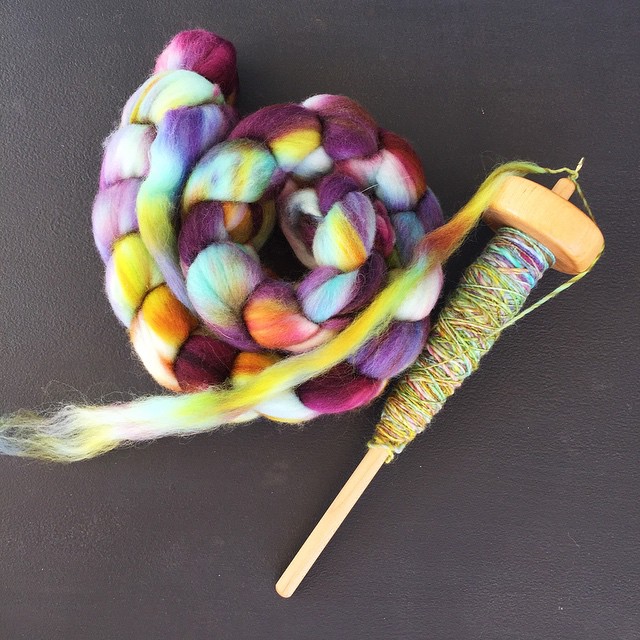 If you follow along on Instagram, you probably noticed that I picked up a new hobby. Many years ago I went one Saturday to a knitting group that met in Balboa Park. A woman was teaching spinning with a drop spindle, and I gave it a try. It was awkward and slow and not very fun. I bought a cheap drop-spindle and some fiber and tried again at home, but it just seemed so laborious and still not fun, so I decided that I was definitely not a spinner. 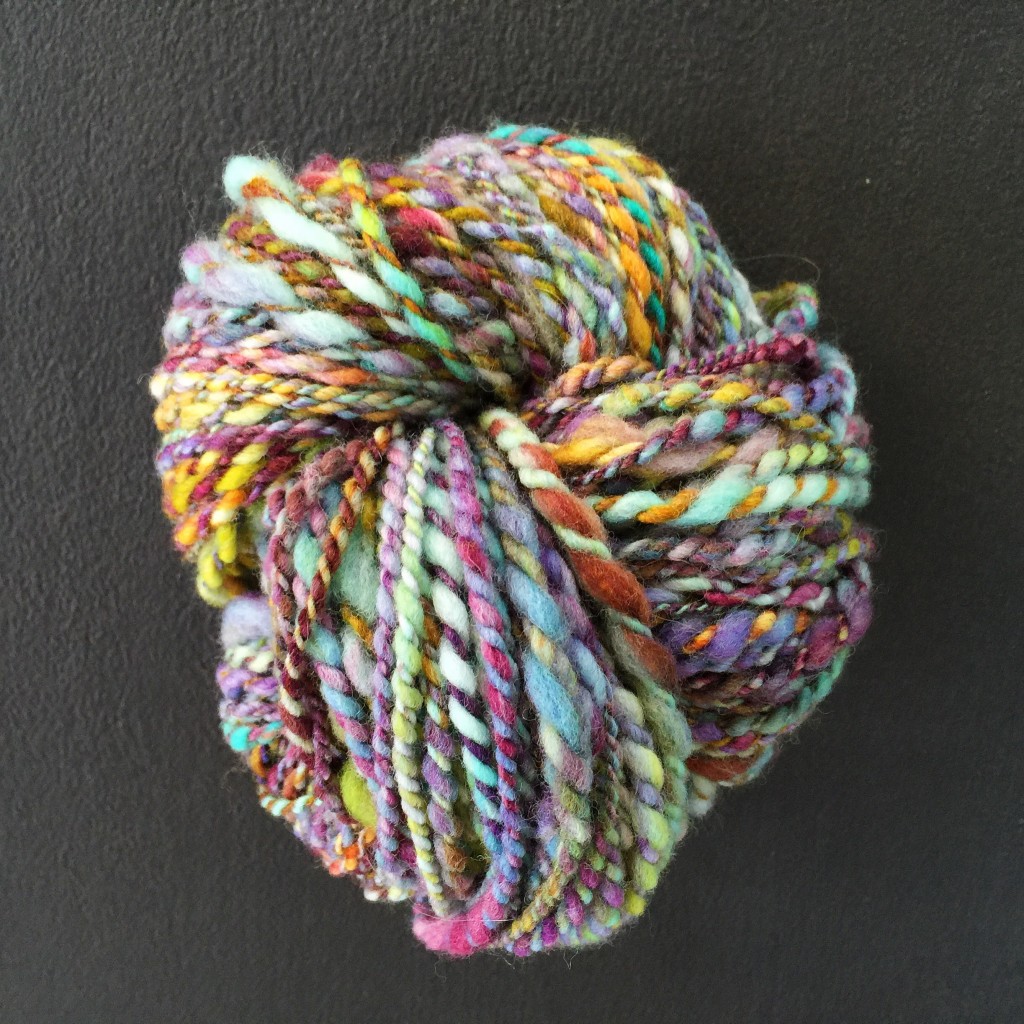 I have no idea what happened, but all these years later, it suddenly seemed like I should try spinning again. I think it just gradually entered my subconscious and niggled at my brain and I suddenly just needed to get another drop spindle and some pretty hand-painted fiber and give it another go. I blame the podcasts I listen to and watch (Prairie Girls, Knitmore Girls, and The Fat Squirrel, to name a few) for sparking this interest and fellow Instagrammer Quiltotaku for sending me over the edge with her beautiful yarns and spindles.

So I carefully studied YouTube videos and bought myself an inexpensive spindle (which even came with a niddy-noddy!). I combed through all the pretty fiber artists on etsy and settled on a braid of Targhee wool from Pigeonroof Studios, and a tried it one more time. This time it clicked, and I went from parking and drafting to flicking my spindle and letting it go while I drafted my fiber bit by bit. That first skein is full of fat and thin sections, the colors are barber-poling all over the place, and it’s a big, bulky yarn. But it was so much fun and by the time I was done I was completely addicted. I knit it up into a squishy, slouchy hat and I couldn’t be more pleased.

I quickly placed an order for more fiber, this time some beautifully carded batts of merino from Nunoco on etsy. I also invested in a Bosworth spindle that is equally pretty. I managed to spin this second batch of fiber a bit finer and more evenly than the first, I love the gradient shift from pink to gold to green. I’m still looking for the perfect cowl pattern for this little ball of yarn. 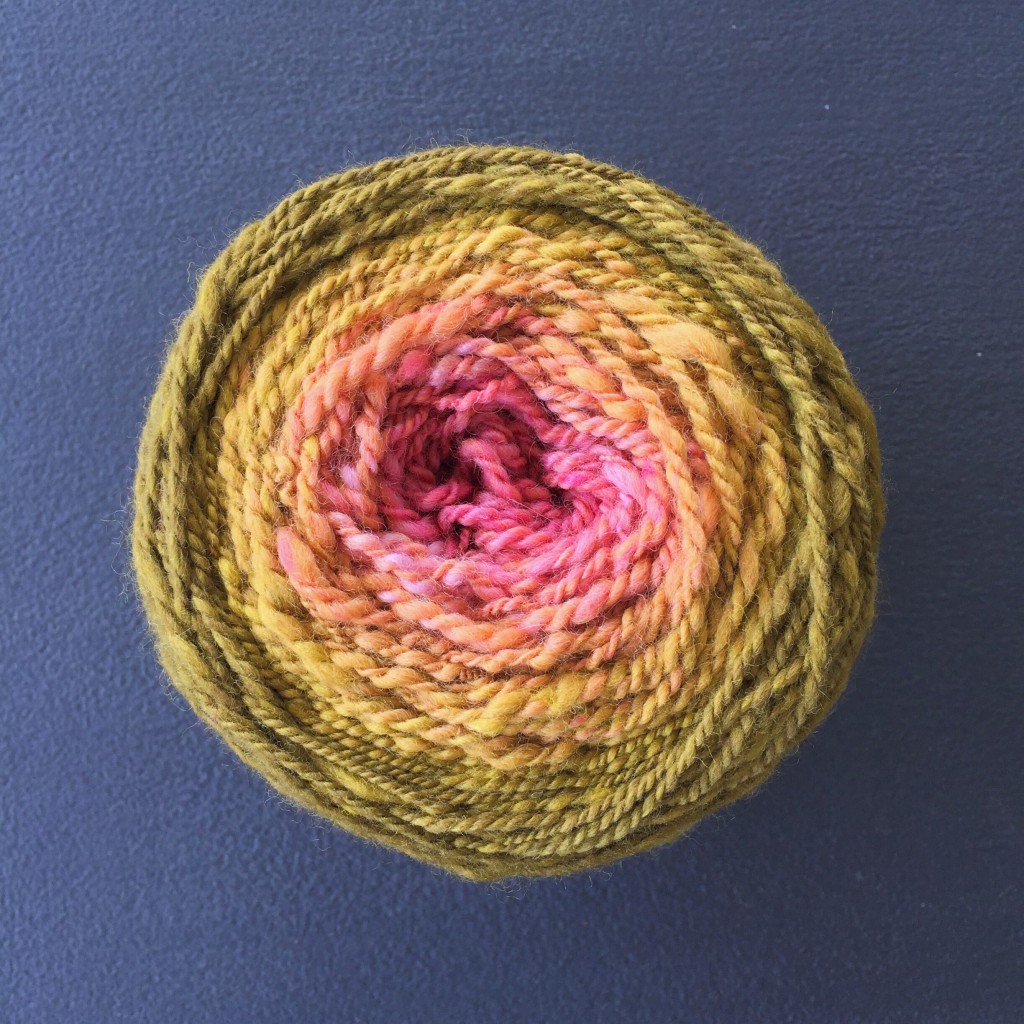 In February I found a spinning class that meets Wednesday evenings, not too far from where I work. It’s through the local adult education and has been meeting for years. The teacher is brilliant and many of the ladies are talented fiber artists themselves. I can’t believe how much I’ve learned in the past few months. I’ve never had real-life fiber friends, so I can’t even express how happy I am to have found this group. I don’t have a spinning wheel of my own just yet, but there are class wheels I can use during class and everyone has been so generous and allowed me to try out their wheels. I’m saving my pennies and hope to get one before the year is out. 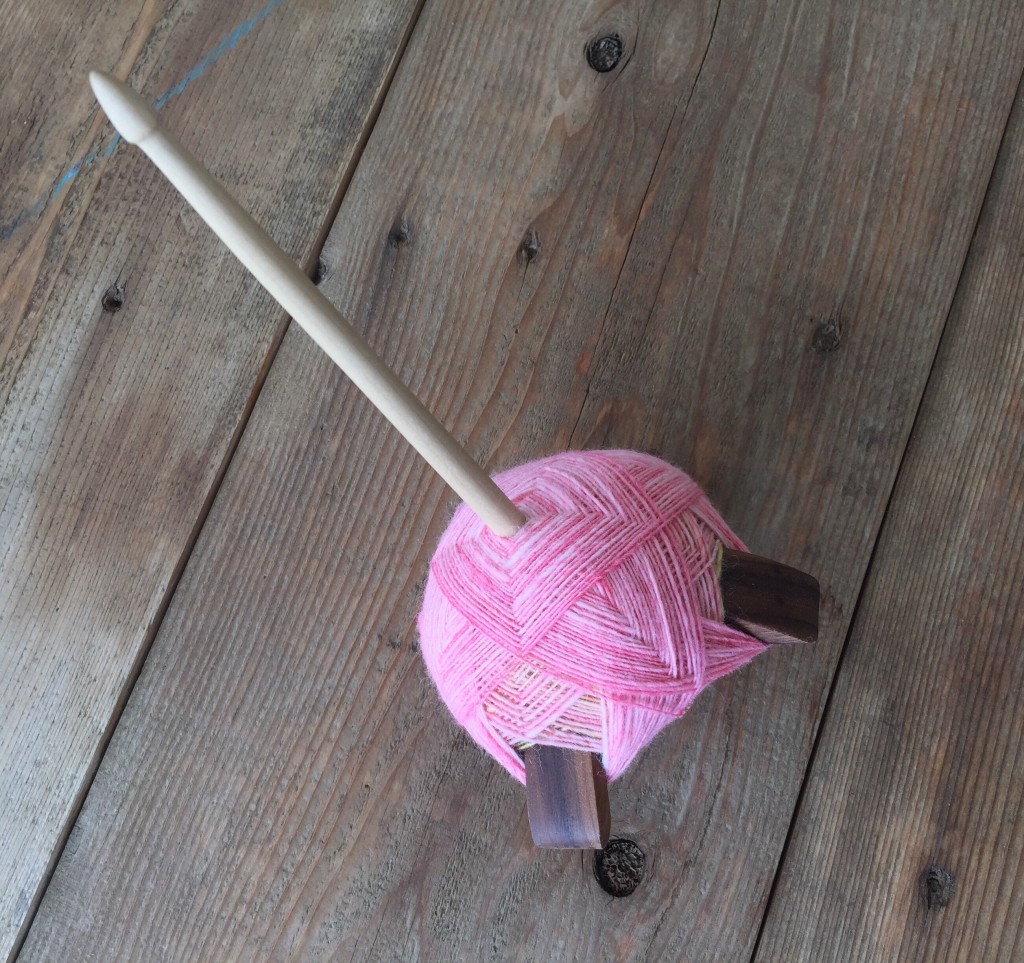 In the meantime I’ve spun more fiber and invested in more spindles and made more yarn. It’s so much fun. BUT. There’s only one cloud in all this. I managed to give myself a repetitive motion injury. My left thumb has developed an annoying pain from flicking the spindle, so I’ve had to set aside my drop spindles. Luckily I can still spin on the wheel during class, but I have to be careful not to overdo it. It twinges a bit when I knit, so I’m also limiting my knitting time just a bit. I’ve learned my lesson, though, and I’m doing what I can to make sure this heals and then I’ll get back to my spindles. I just have to remember to take frequent breaks and not spin for hours and hours at a time. 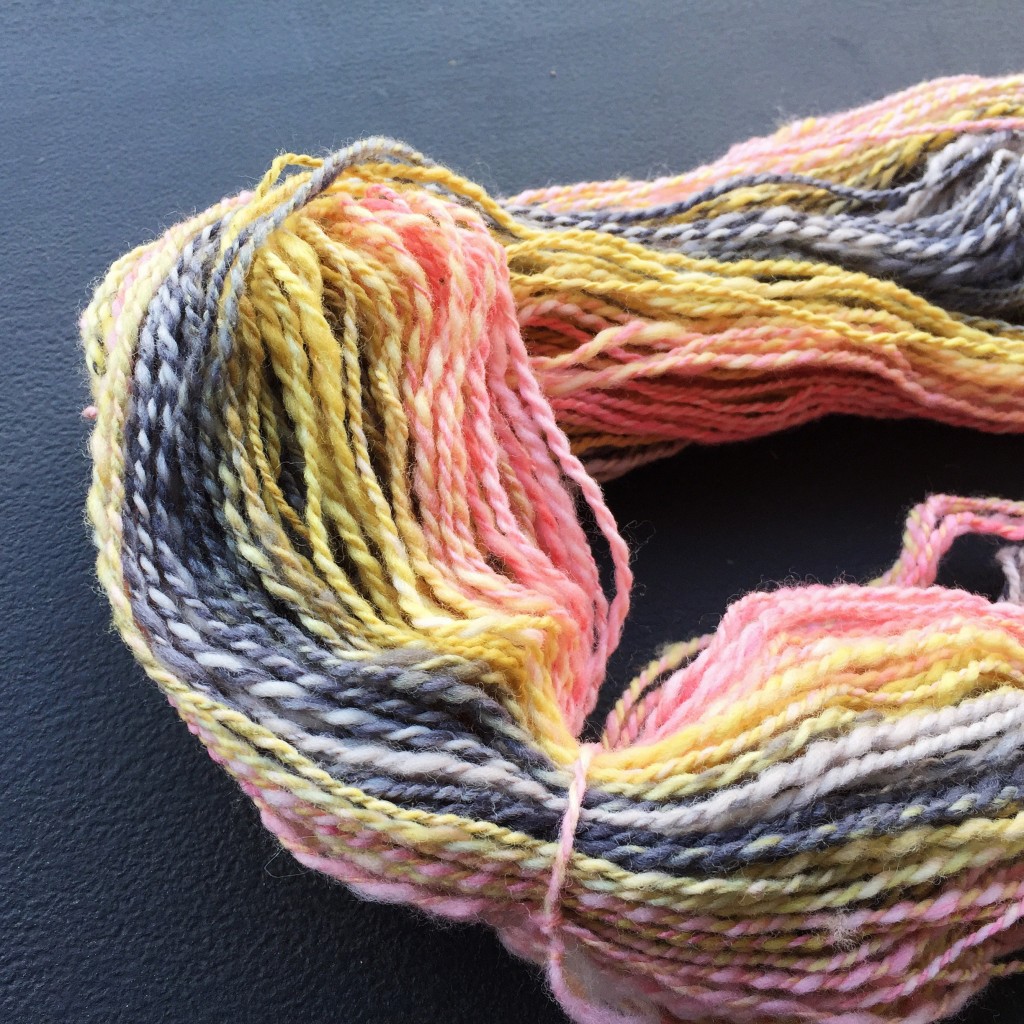