I actually pinned something on Pinterest, and then made it, and it might not be quite as pretty as the original, but I really like it. Plus I learned something new and it was really fun. 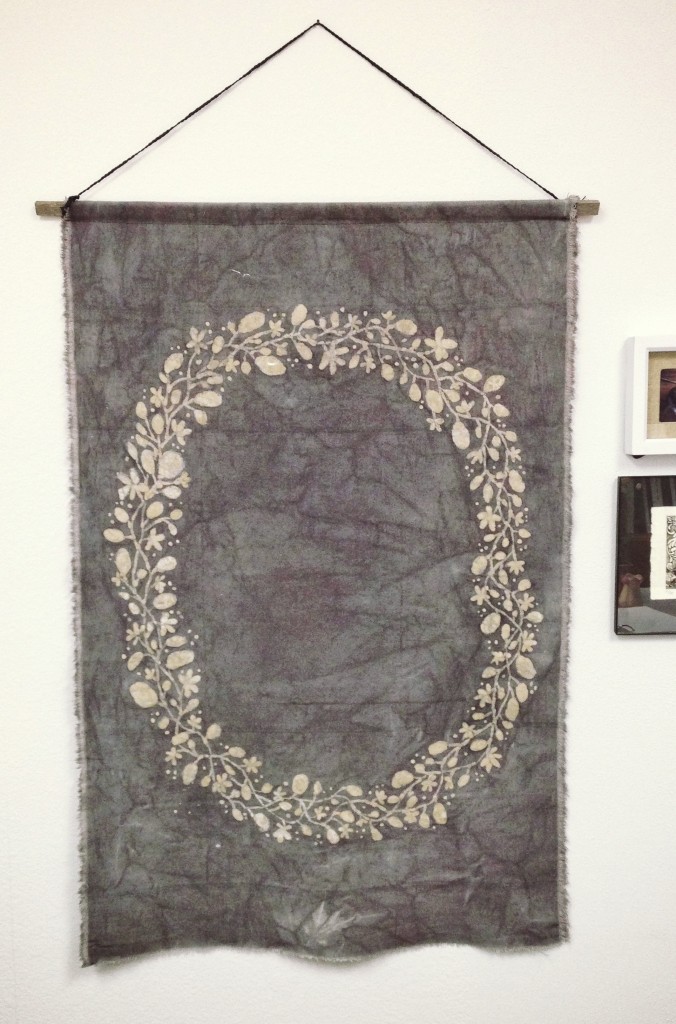 I love how this takes a traditional (and beautiful) technique and imagines it a little differently. Also, now I’m in awe of artists that do create traditional batiks.

After sketching out a design I used melted beeswax and a small paint brush to fill it in. I didn’t have much control over where exactly the wax went, but it ended up looking very organic. Since that was the whole idea behind the botanical garland, I think it worked out well 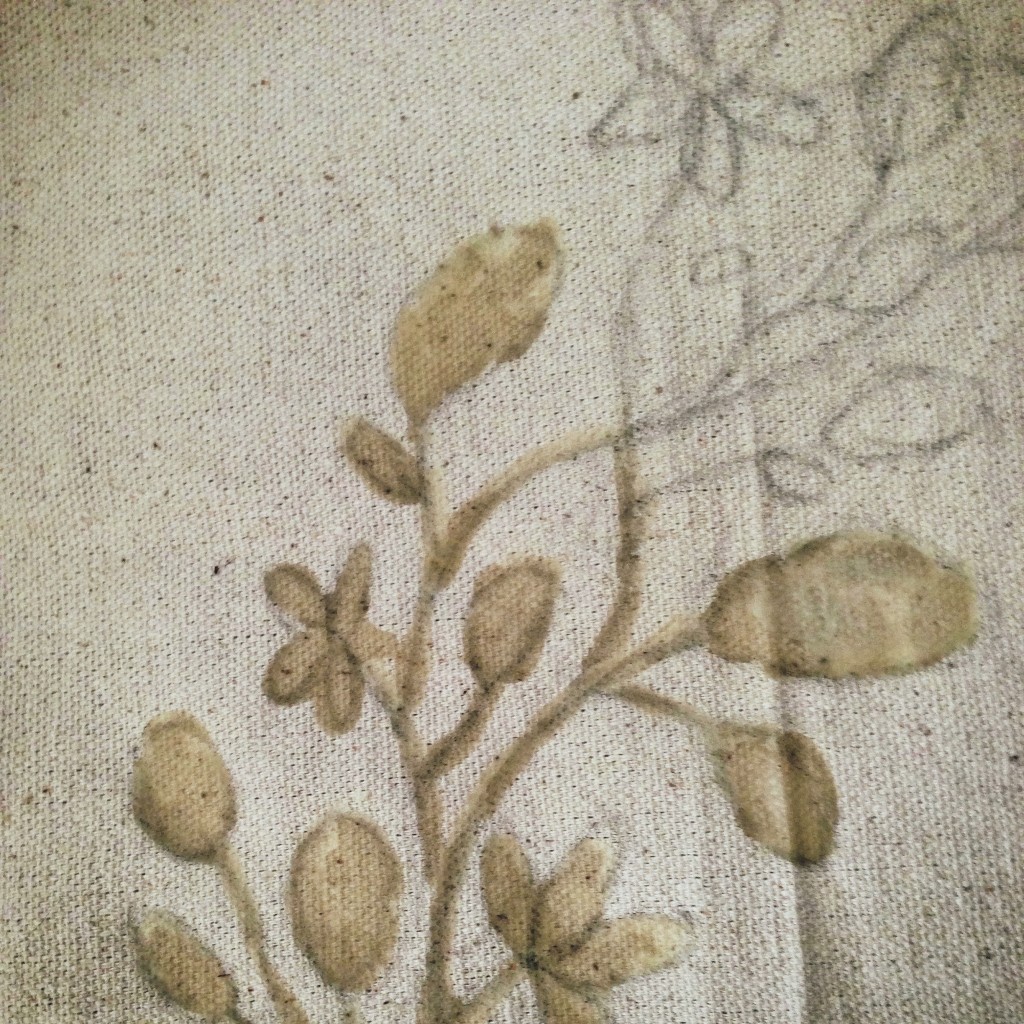 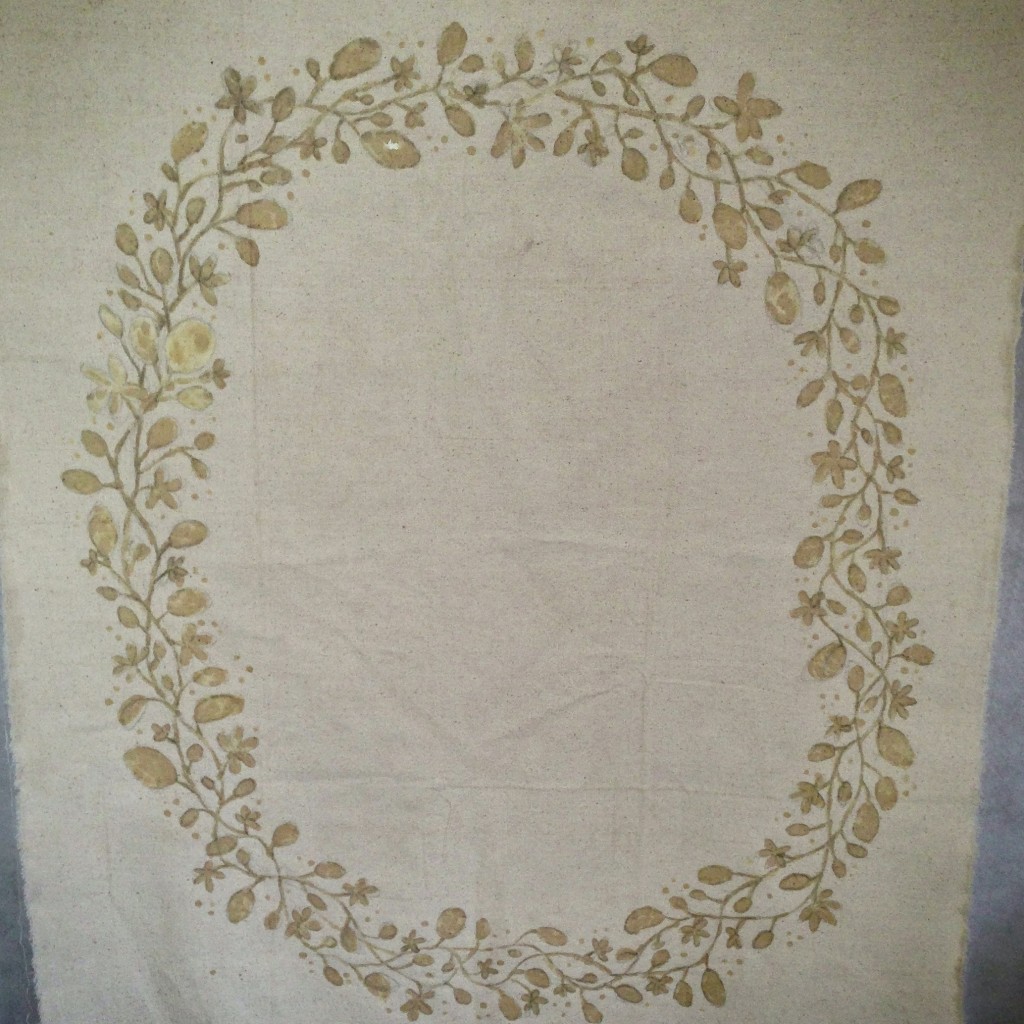 It took awhile to paint the whole thing, but it was a nice, meditative process. And then it went into the dye bath. I didn’t get too crazy, and just used a box of Rit dye. I had hoped for it to come out a little darker, but in the end, I like the grey. 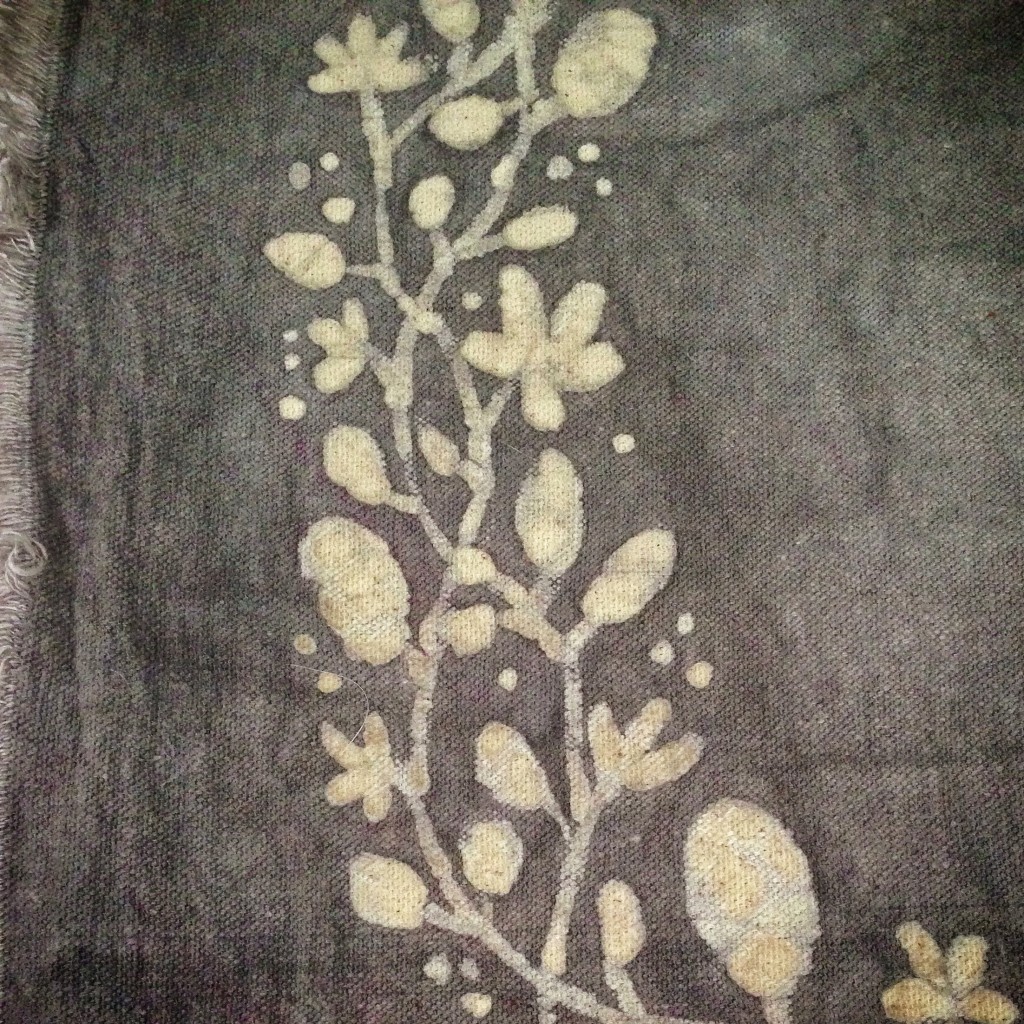 I ironed the fabric between paper towels to remove the wax, although there’s still a little left in there. Since it’s just going to be hanging on the wall, it’s not a big deal. 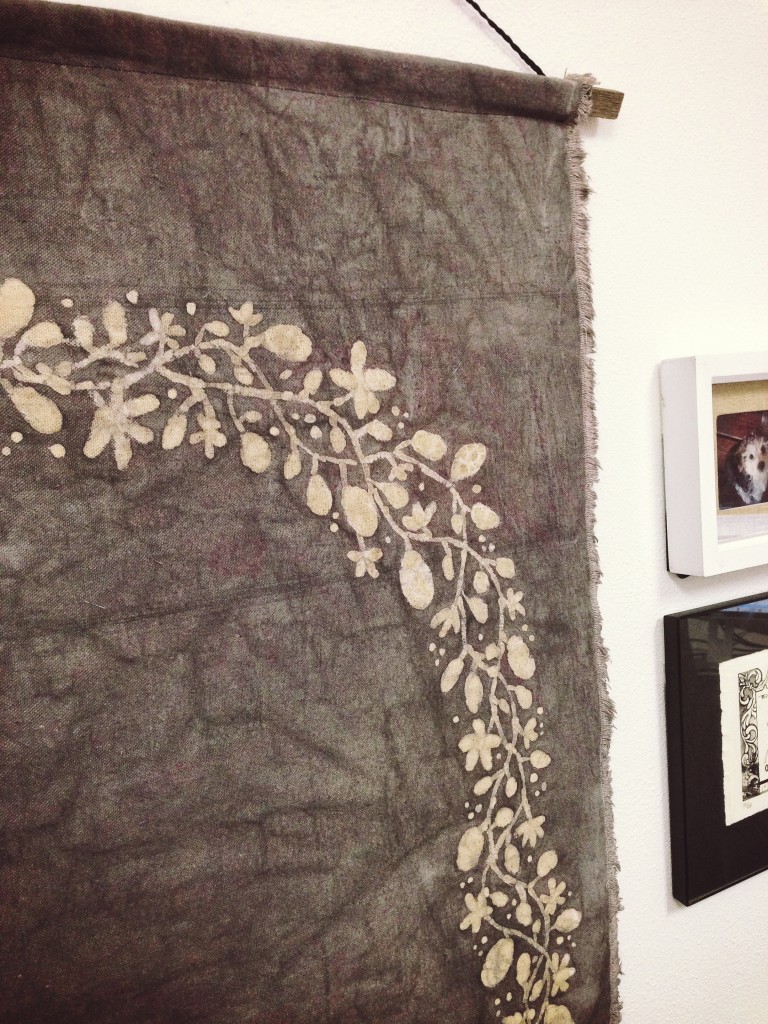 Then I just stitched up one side and inserted a piece of scrap wood and braided some cording that I had for hanging it. 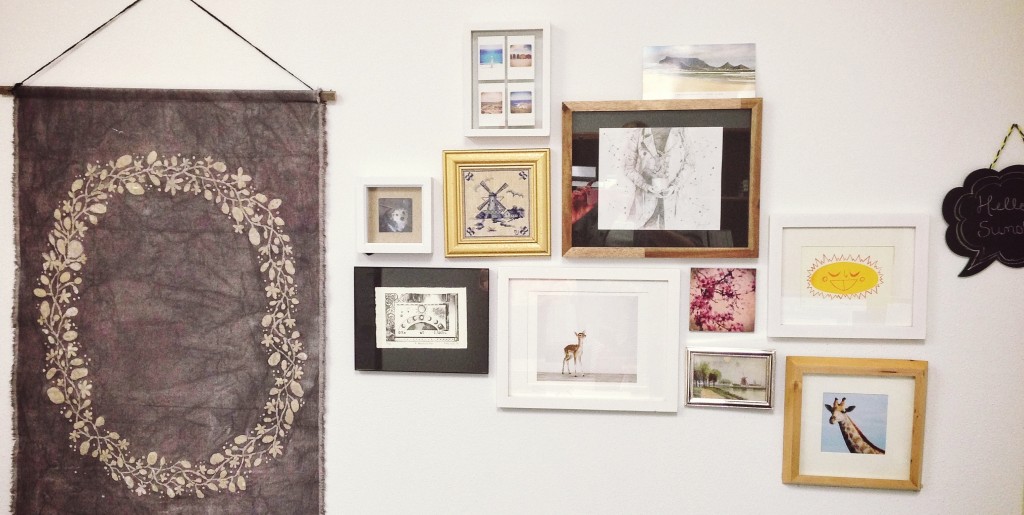 There’s a huge breaker box in my office, and it’s the perfect cover-up. I love that I made something with stuff that I already had, the only thing I bought was that box of dye. I’d like to learn more about dying fabric, though, and do some smaller pieces in bright colors to make into cushion covers for our living room. And there you go, a fun weekend craft project that came out just right!