One morning last week I went out to feed the chickens, and I could feel autumn in the air. It was so exciting. Spring is my favorite season, but autumn is a close second. I have enjoyed this summer, though, and while I didn’t do much making of the sewing or knitting, or even cooking variety, I was quite happy to do some growing.

I’ve said before that I’ve not had much luck with gardening in the past, but I think I made a good decision to stick with mostly container gardening on the porch this summer. Not everything thrived, but some things did really well, and others are still hanging on. 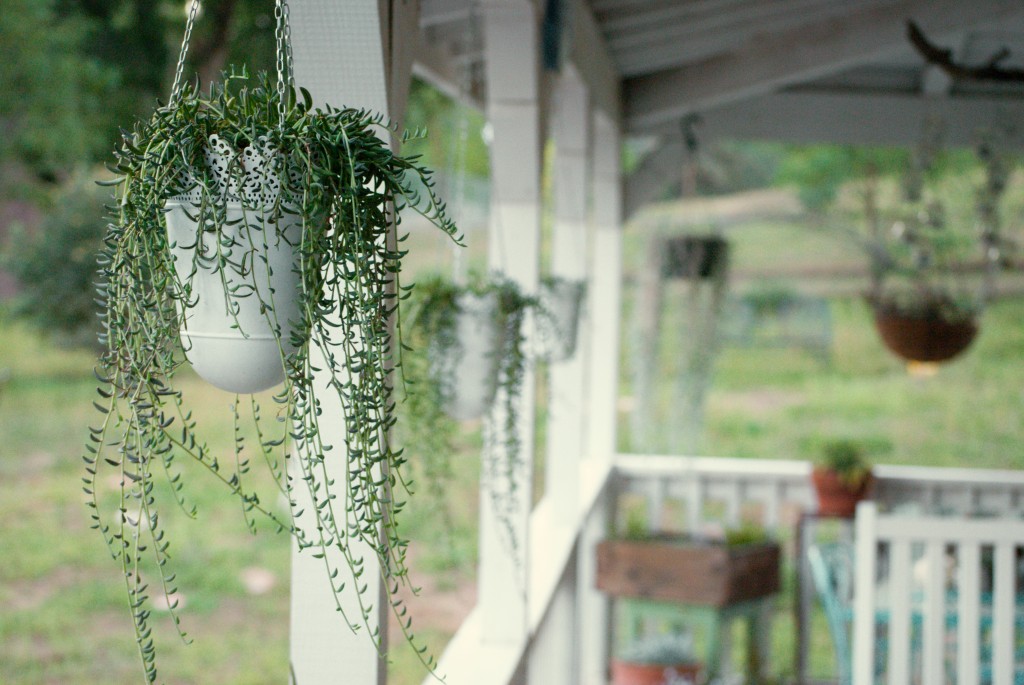 These guys have been happy all summer, and grew like weeds. I had a spider mite infestation affect nearly everything, so with the recommendation of a lady at a local nursery I sprayed once with Captain Jack’s Deadbug

, and that took care of the problem for the rest of the summer. The only other special product I used was EB Stone Organic Sure Start

; whenever I brought home and re-potted a new plant, I sprinkled a little of that on the soil and then watered it in. Otherwise, I just watered regularly and things grew like magic. It’s been crazy! 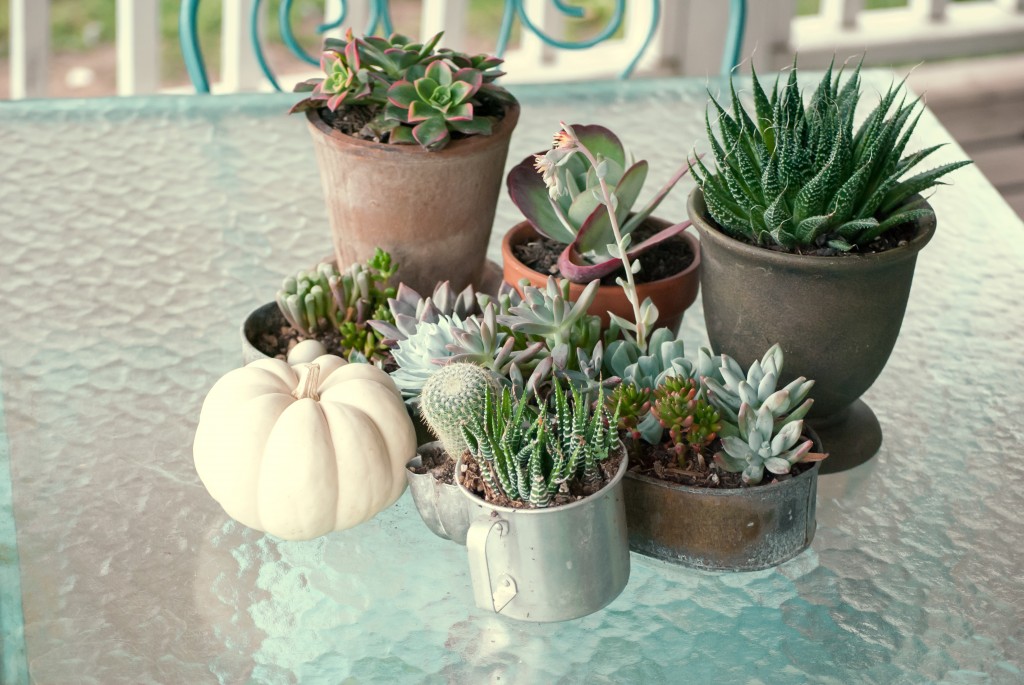 I amassed a nice little succulent collection, most of which I will bring inside for the winter. I think if you’re a novice gardener, they’re a good place to start. I pretty much just watered them once a week, and didn’t lose a single one. Just be warned, they can be addicting, and whenever you’re at a nursery you’ll have to take just one more home. 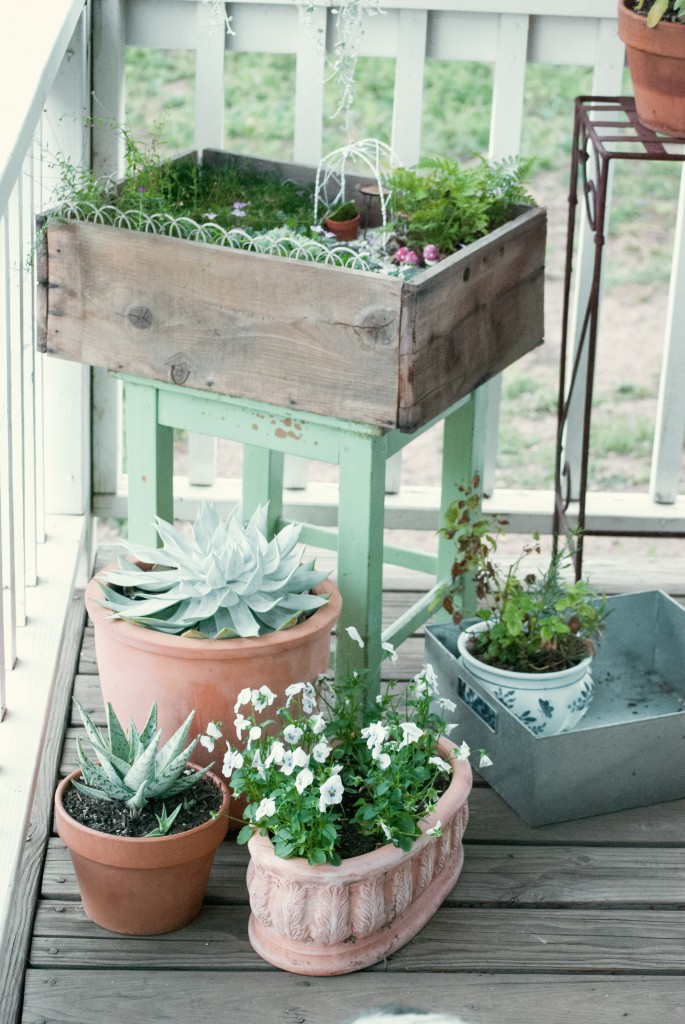 Here are a my biggest succulents, and violas for the fall, and the biggest surprise of all, my fairy garden is still alive and growing. 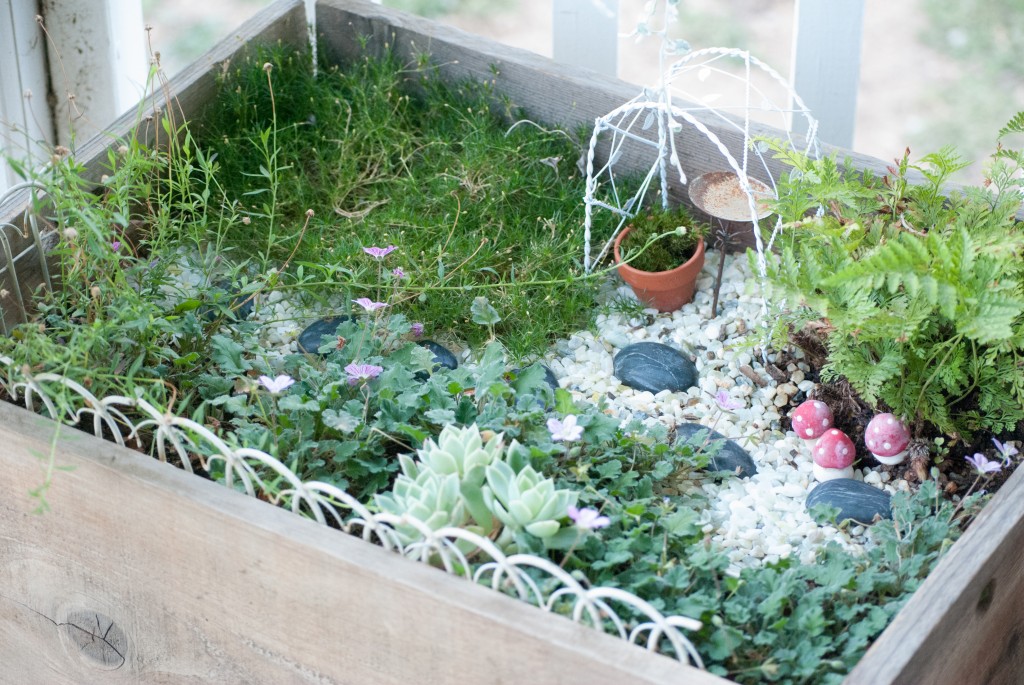 So, what didn’t work out? I had some petunias in a hanging basket, and they were hanging on but not growing a whole lot, until this last week when they decided to pack it in. I don’t know if it’s just too cold for them now that it’s in the 40s at night, or if they didn’t get enough water (the coco fiber lining didn’t hold onto the water very well), but they’ve just shriveled up. My dream of a basket spilling with petunias didn’t quite materialize.

The zinnias I planted along with a pale green sedum didn’t ever grow either, so I pulled them out once the blooms faded. Some little critter has been nibbling on that sedum, and completely devoured my opal basil. The two regular basil plants on the other side of the porch we untouched, so I don’t know what the appeal of the other plants might have been.

I might never be a master gardener, but I think my thumb got just a little greener this year. I’ve even got a couple houseplants that have been alive for more than two weeks. I still want to grow a massive vegetable garden one day, but for now I’m feeling like I did just fine, and that is good enough.